The ASI is calibrated to allow for compressibility at an atmospheric pressure of 1225 grams per cubic metre (ISA at MSL), but at any other density (nearly always), compressibility error must be corrected.

Compressibility correction is insignificant at airspeeds less than 300 knots TAS, but must be applied if the initial calculation gives a TAS of more than 300 knots. 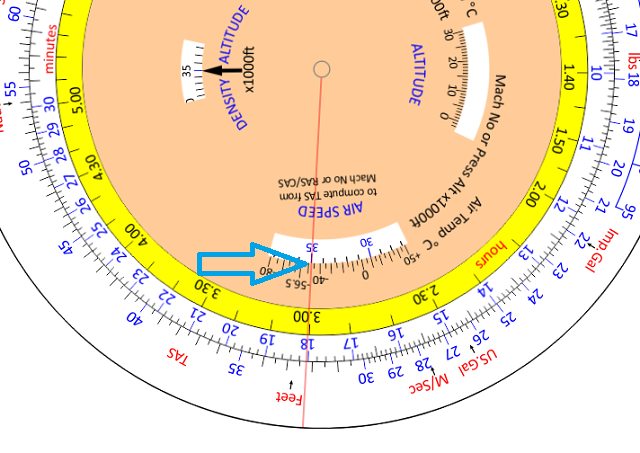 Start by calculating TAS from CAS in the usual way. 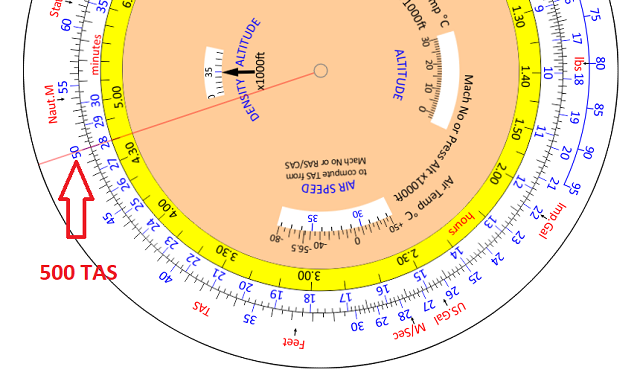 Now read off the value on the outer scale (500 knots TAS).

This is more than 300 knots TAS. So how do we correct for compressibility?

Under the COMP CORR window you will see the equation here:

Now, in the COMP CORR window, move the arrow 2 divisions to the left. 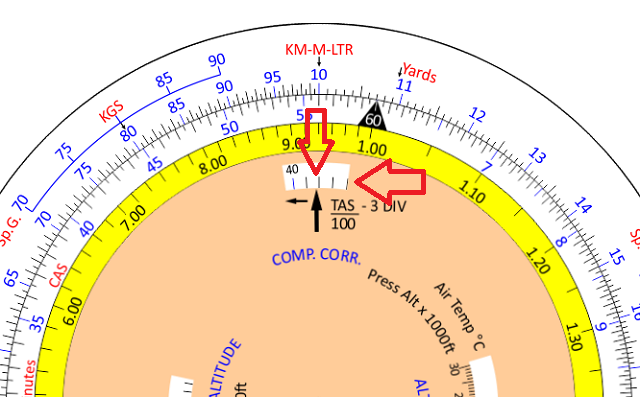 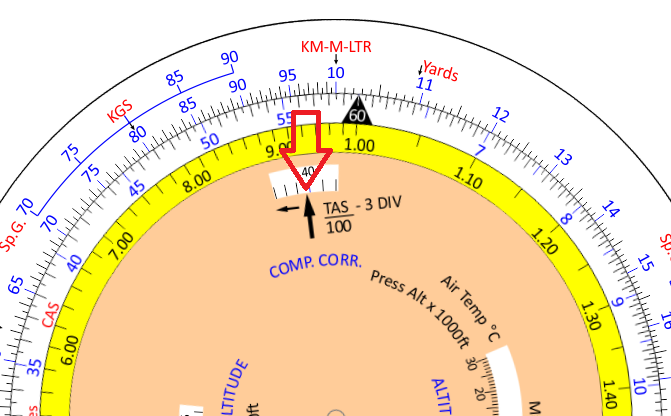 This has moved the inner scale to the left, altering the relationship of CAS to TAS, correcting it for compressibility. 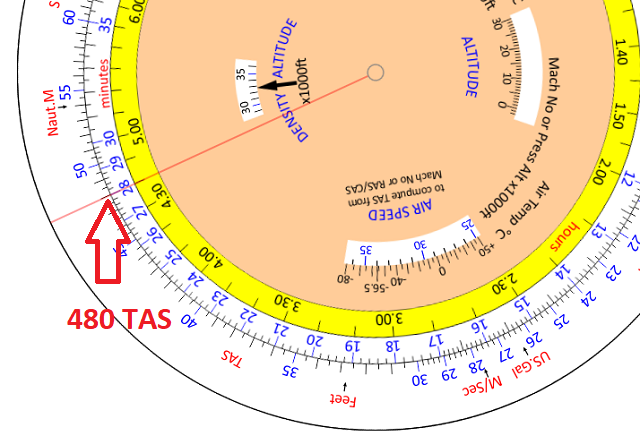 Now read off the new value of TAS on the outer scale corresponding to 280 knots CAS on the inner scale.

This gives a revised TAS of 480 knots.

Next: Calculation of TAS from Mach Number