The Navigation Computer: Calculation of TAS from Mach Number

Finding TAS from Mach Number is easier than from CAS because there is only one variable - temperature - and no correction for compressibility.

There are 2 methods - a formula, or the Navigation Computer method

The formula is as follows: 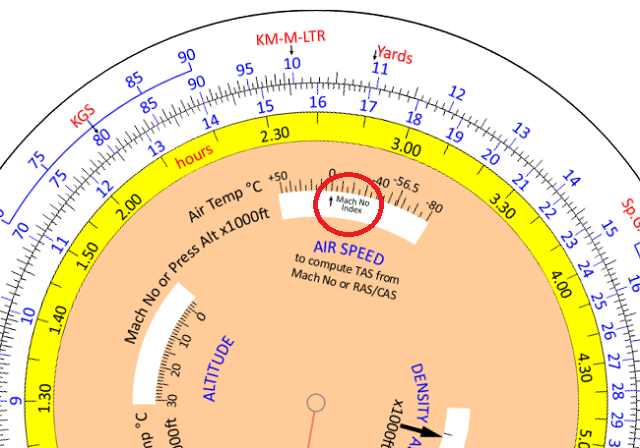 Now we will do the same calculation using the Navigation Computer:-

Move the AIRSPEED window round until the Mach No. index appears.

Set the COAT of -47°C against the index arrow. 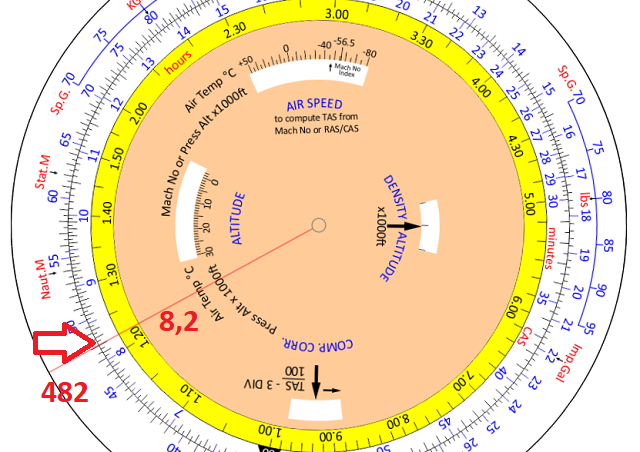 This has set up a relationship between Mach No. on the inner scale and TAS on the outer scale.

Read off the TAS of 482 on the outer scale against the Mach no. of .82 on the inner scale.

Next: Calculation of True Altitude from Indicated Altitude and Temperature