The Navigation Computer: Calculation of TAS from CAS - Correction of Density Error

To correct CAS to TAS we need to divide by the square root of the relative density. You will recall this formula from Phase 1:

Relative to what? The answer is that it is relative to ISA at Mean Sea Level, i.e. 1225 gram per cubic metre. Look at Figure below, which is a table of standard values of the ISA atmosphere.

Imagine that we are flying at 100 knots CAS at FL200 in an ISA atmosphere. The density at that level is 653 gram per cubic metre. To calculate the relative density:

If we had an instrument which measured the density of the air we are flying through, we could calculate our TAS in this way. But, in fact, there is no flight deck instrument which gives such a reading.

However, you should remember from your Principles of Flight lectures that:

So, if we know any two of Pressure, Density and Temperature, we can find the other one.

You should also remember from your Piston Engine lectures that: The “Combined Gas Law” is a combination of Boyle’s law and Charles’ Law and represents the relationship between Volume, Pressure and Temperature.

This may be shown as:

We also have an instrument that gives us the atmospheric pressure at our level - the altimeter. As we know, it does not actually measure altitude, but pressure. The altimeter is, in fact, a form of barometer, but the readout is in feet. However, the law relating altitude in the ISA atmosphere to hectopascals of pressure is known, and we can use it.

So, we can use pressure from the altimeter and temperature from the thermometer to find the relative density, and then find TAS from CAS. If you tried to do this longhand with a calculator, it would take quite a long time. However, the Navigation Computer uses precisely this method, and does it quickly and easily.

Let us now return to our previous example: 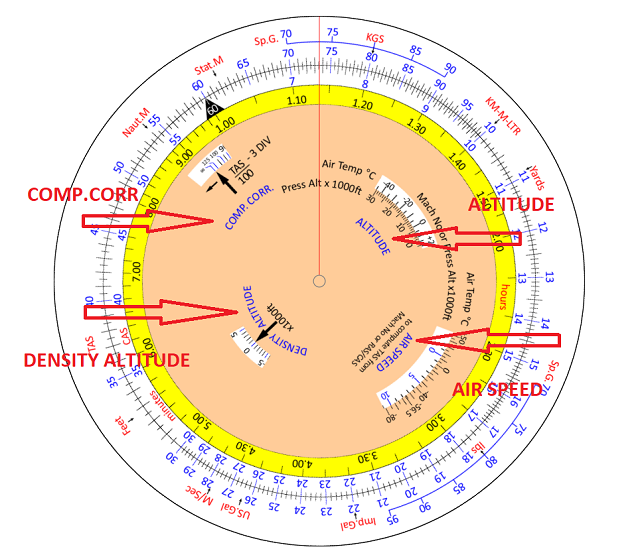 On the Navigation Computer, we have the 4 windows marked AIRSPEED, COMP CORR, ALTITUDE and DENSITY ALTITUDE. 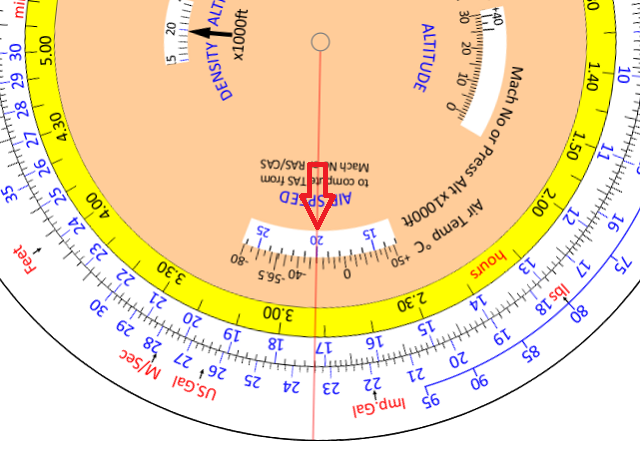 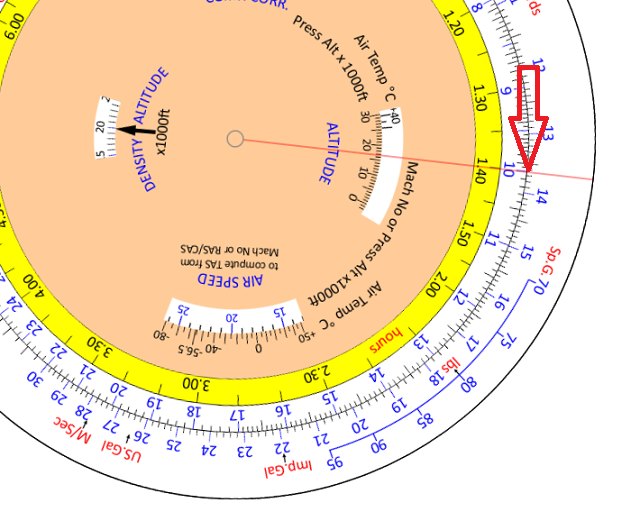 You do not require to know, or understand, the theoretical explanation. All that is required is to be able to use the Navigation Computer practically. 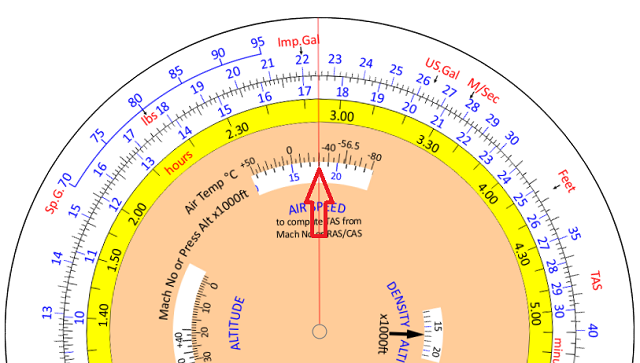 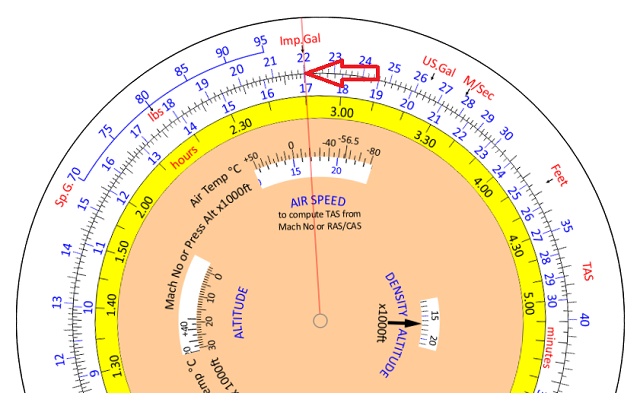 Find 170 knots CAS on the inner scale. Move the cursor if you need to. Now read off the value on the outer scale (220 knots TAS).

Next: Correction of Compressibility Error