What you see on the instrument is called Indicated Airspeed (IAS). Instrument Error and Pressure (or Position) Error are then applied to give Calibrated Airspeed (CAS). This is the more modern and generally accepted term, but many documents use the older term Rectified Airspeed (RAS). The corrections are applied by use of a correction card usually stuck beside the instrument.

In practice, we do not have separate cards for the Instrument Error and the Pressure Error. It is simpler to combine both corrections onto a single card. IAS is therefore corrected for both Instrument and Pressure Error by the correction card, to give CAS.

Strictly speaking, CAS is then corrected for compressibility error to give Equivalent Airspeed (EAS), to allow for the fact that the density of air is rarely precisely 1225 grams per cubic metre, which is the value for which the ASI is calibrated. (The ISA atmosphere at Mean Sea Level). 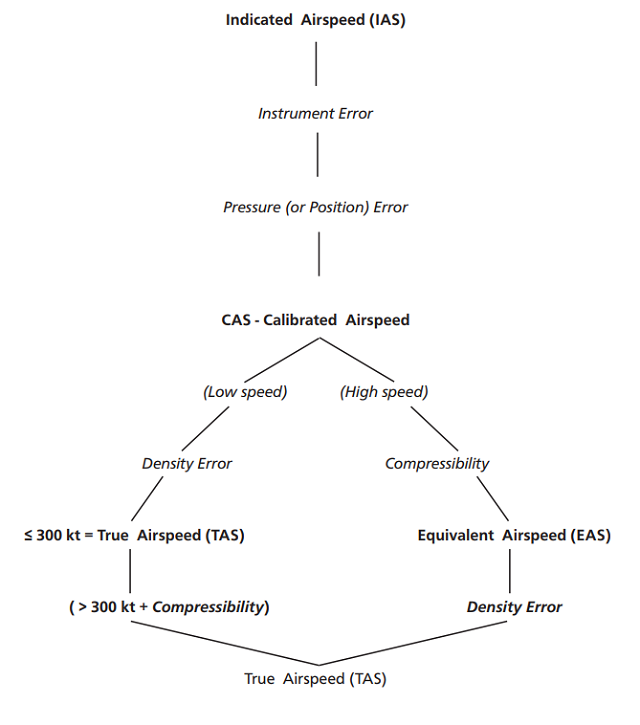 Next: Calculation of TAS from CAS - Correction of Density Error