The Navigation Computer: A Practical Example

What will be your track and ground speed?

Start by drawing out your Triangle of Velocities.

Now join the start of the Air Vector to the end of the Wind Vector to establish the resultant – the Ground Vector:-

It would be a bit long-winded if every time you wanted to fly, you had to start doing little scale drawings on graph paper. There has to be a quicker way. There is. It is called the Navigation Computer - but using the Wind Face this time.

Solving the Same Problem on the Navigation Computer

What will be your track and ground speed? 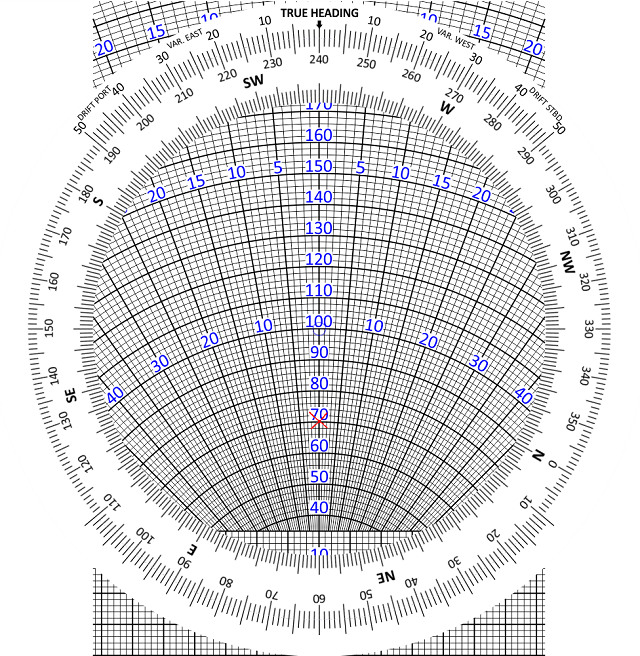 Start off by putting the W/V on the Navigation Computer.

Put any convenient datum to measure from (say 100 knots) under the blue circle in the centre of the wind face. (Alternatively, you can use the ‘graph paper’ square grid at the bottom of the slide).

Mark off 30 knots on the wind face.

That is the Wind Vector plotted. Now for the Air Vector.

Move the slide to put your TAS (100 knots) under the blue circle in the centre. It should now look like this

Now look where the wind mark is positioned. It is about 12 degrees right of the centre line. This means that you have 12 degrees of starboard drift. Your heading is 000°, so your track is 012°.

The ground speed is obtained by reading it off against the radial arcs. In the above example, it is 118 knots.

These are the same answers that we got by scale drawing.

All that the Navigation Computer has done is to produce an analogue model of our scale drawing. 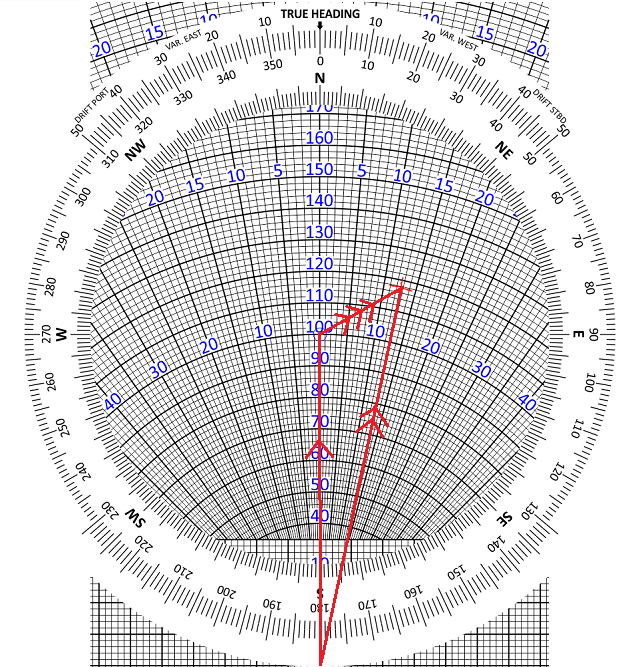 It is joined to the Wind Vector, which you have plotted downwind yourself.

The resultant vector, which connects the start of the Air Vector to the end of the Wind Vector, is the Ground Vector. It tracks up the 12° starboard drift line to give Track direction and ground speed vector length.

Next: Uses of the Wind Face