The Navigation Computer: Volume to Weight

There is also a facility on the Navigation Computer to convert volume in litres or gallons to weight in kilograms or pounds if you know the specific gravity of the liquid (usually fuel). These indices have been spaced so that you can begin with an argument in one set of units and read off the answer in the other units.

The calorific value of fuel is related to its mass, not its volume. You need a greater volume of fuel at a lower SG to give the same amount of energy as a smaller volume at a higher SG. This energy may be expressed as range in nautical air miles, or possibly as endurance. Thus, 200 litres at .80 SG weighs 160 kg. If fuel at .75 SG is used, then 213 litres will be needed to cover the same distance.

Example: Convert 300 US gallons to: 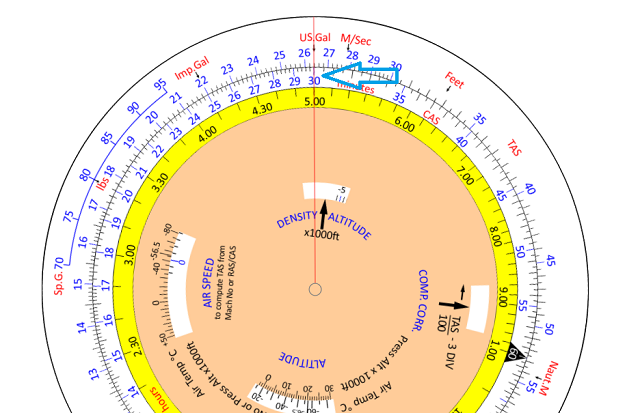 As always, set what you know. Align 300 on the inner scale against the u.s. gal index on the outer scale. 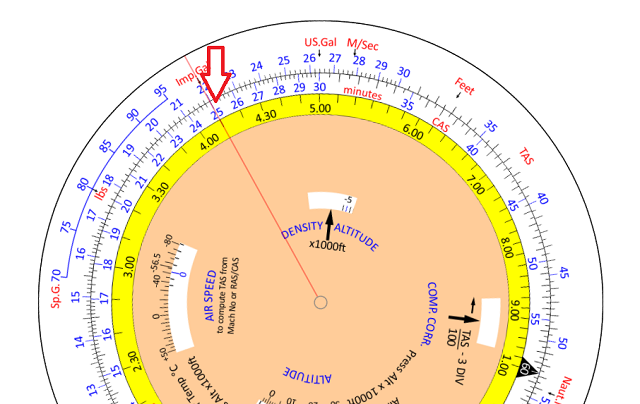 Read off against the imp.gal index. This gives 250 Imperial gallons. 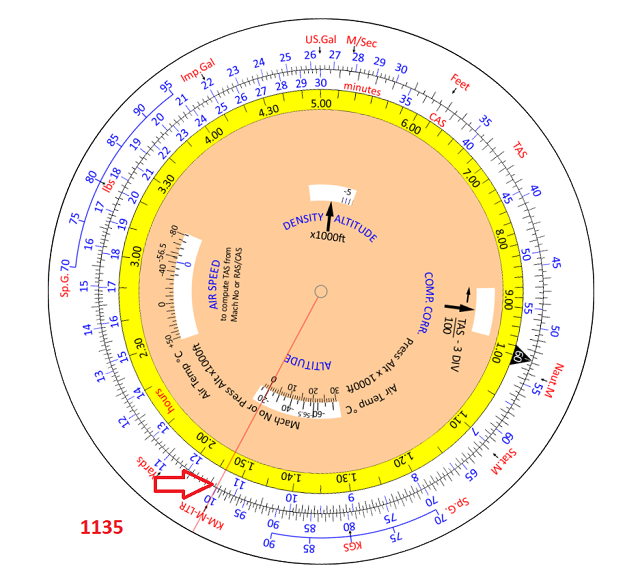 Now read off against the litres index. This gives 1135 litres. 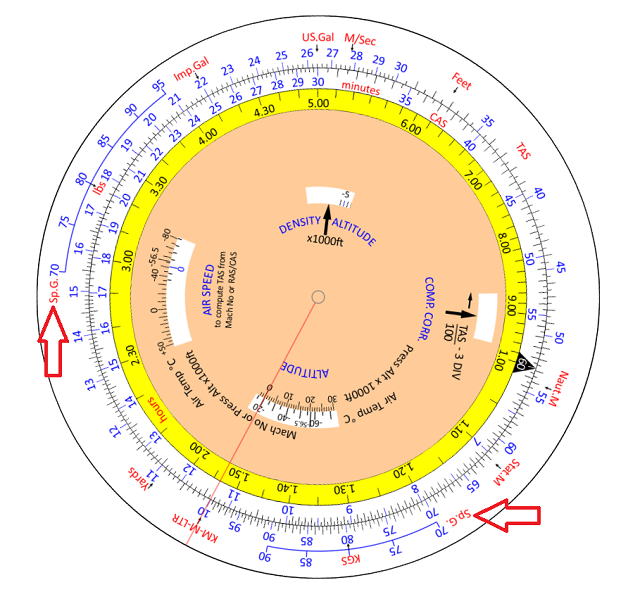 So far, so familiar. Now look at these 2 scales. 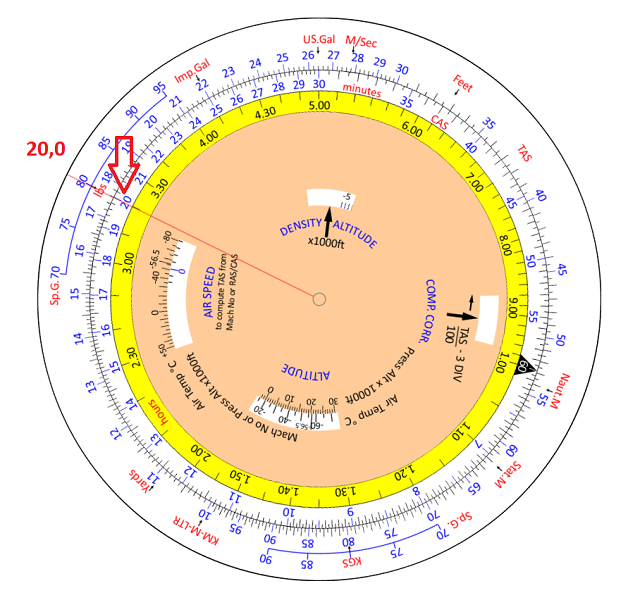 Let us do the ‘pounds weight’ conversion first.

Without moving the inner scale, which is already set up as you require, move the cursor to 0.80 specific gravity on the Sp.G lbs scale. This scale is marked from 70 to 95, representing SGs of 0.70 to 0.95.

What is the order of magnitude? Remember, we are dealing with 250 imp.gal. Remember, the SG is 0.8. Therefore we are expecting an answer of about 2000 lb.

Now, the conversion to kilograms. 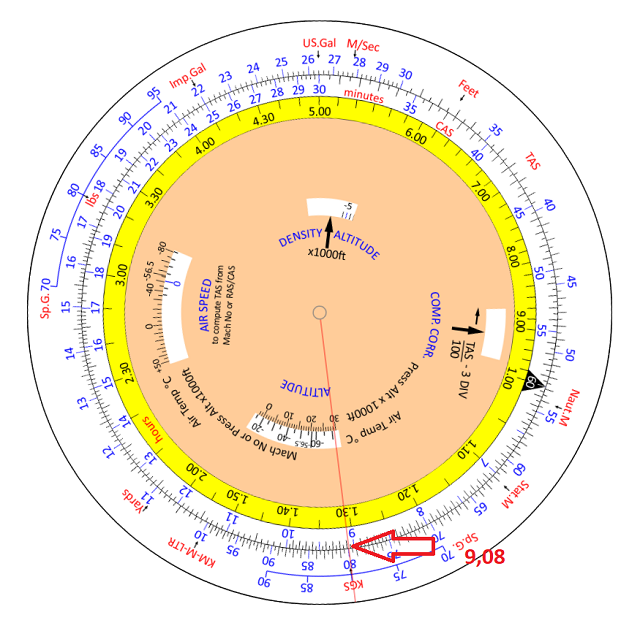 Again, we do not move the inner scale.

What is the order of magnitude?

Therefore the answer is 908 kg.

Next: TAS and Altitude Conversions