In the previous chapter, we saw how it was possible to use a proportioning, or ratio, technique on the Navigation Computer when dealing with problems of rates, i.e. quantities per minute or quantities per hour. The example we used was a rate of climb, which was expressed as 700 feet per minute. By setting ‘700’ (outer scale) against ‘1’ (inner scale), we could read off the number of feet gained (outer scale) in 2 minutes, 3 minutes, 4 minutes, etc (inner scale). 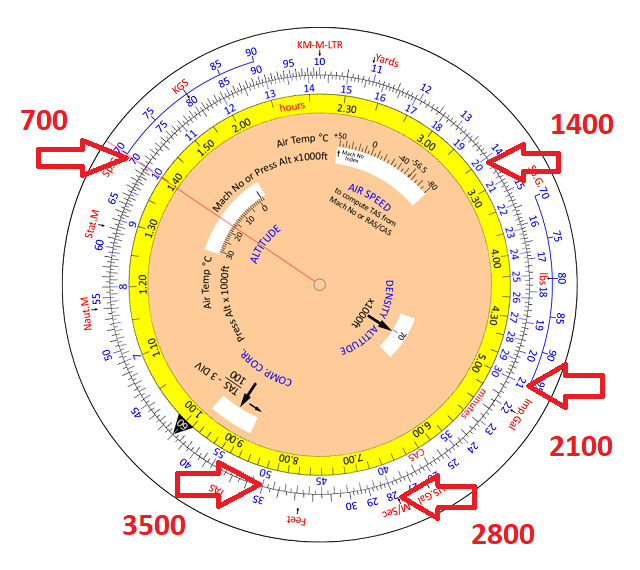 The indicator of ‘1’ on the inner scale of the Navigation Computer is used as the inner scale reference if the answer we want is in the same units. If it is used to indicate ‘1 minute’, then the answer will be in minutes (and decimals of a minute). This is useful if the rate is given in quantity per minute, as, for instance, rate of climb or descent usually is. If it is used to indicate ‘1 hour’, then the answer will be in hours and decimals of an hour. This may not be so useful, because few of us work in decimals of an hour. Usually, even if the rate is given ‘per hour’ we want the answer in minutes, or hours and minutes. 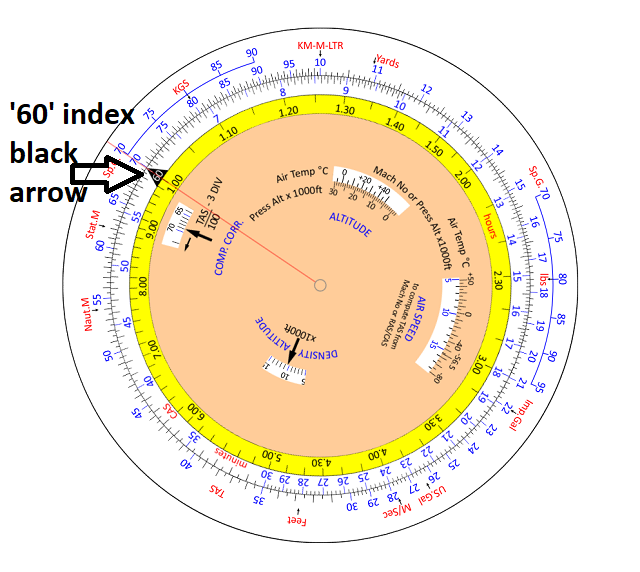 If this is the case - for instance, fuel flow is usually given in pounds (or kilograms) per hour but we usually want the answer in minutes or hours and minutes - then we put the ‘60’ index (the black triangular arrow) against the hourly rate. Suppose our fuel flow is 2000 kg/hour. Then by putting 60 minutes (inner scale) instead of one hour against 2000 (outer scale) we are dividing 2000 by 60. If you now look at the indicator of ‘1’ you are getting the rate per minute (33.33 kg). 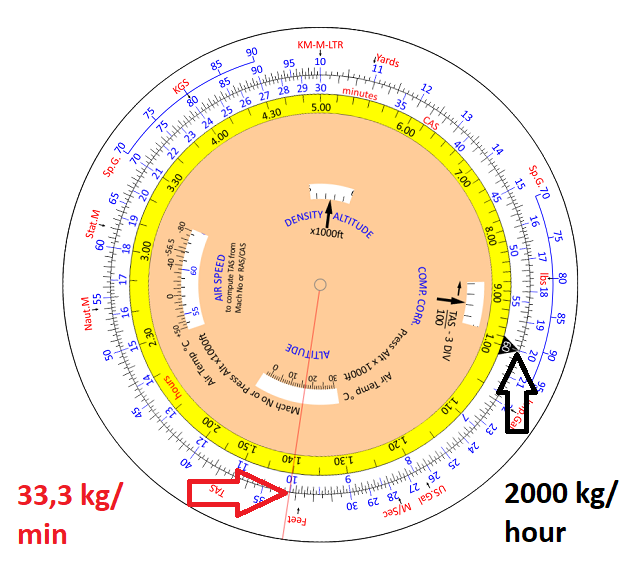 Next: Distance, Speed and Time